IGA in Quebec and American Express

For the past few weeks, members of the Milesopedia community have reported changes in payment terminals in their IGA stores. And with these changes comes the big news: you can now use an American Express credit cardat many IGA stores.

And here is a selection of IGA grocery stores found on the map of businesses accepting American Express:

One of the Milesopedia community members, Geneviève M., insisted on being able to use her new American Express Cobalt™ Card for her grocery purchases. She wants to earn 5 points per dollar (equivalent to 5% back) and the current exceptional welcome bonus points.

The manager told me that at the provincial level, they were in negotiations and that they were going to change the bank for the terminals (from Desjardins to TD).

They should be accepting AMEX soon throughout Quebec. My store manager told me that if it wasn’t done in a few weeks, he was going to have a terminal installed at the courtesy department so I could pay with my American Express card.

After enquiry with IGA, we have been confirmed that the change of payment terminals will take several months. These terminals will be able to accept American Express cards provided that the IGA store owner activates this feature.

This means that each owner retains control over whether or not American Express cards are accepted at their store.

Are you an IGA customer and an American Express cardholder? Ask your IGA manager to activate this feature!

This is great news for American Express credit cardmembers (or those who were hesitant to become one)!

With IGA joining the list of grocery stores and other everyday merchants that accept American Express such as Metro, Super C, Couche-Tard/Circle K, there is no reason not to earn rewards and cashback with these cards!

Here is a selection of the best American Express credit cards for grocery purchases and IGAs according to your needs:

With this Card, you can earn 1 AIR MILES mile for every $5 in grocery purchases.

Do you prefer earning Aeroplan points? There are two great credit cards to use at the grocery store:

Is your goal to earn Marriott Bonvoy points to get free hotel nights? There are three great credit cards to use at the grocery store:

You don’t have any particular goals in mind and want to have as much flexibility as possible? That’s why there are flexible points like American Express Membership Rewards. These points can be used for:

The best credit card with flexible points in Canada is the American Express Cobalt™ Card. With this Card, you can earn 5 points per dollar on grocery purchases. This represents for example:

Is your goal to travel with your points ? There are three great credit cards to use at the grocery store:

Would you rather get cash back? Here are the two best American Express credit cards in Canada offering cash back on groceries:

But one stands out because of its versatility, appealing to those who want travel points, Marriott Bonvoy points, cash back or even Aeroplan points: the American Express Cobalt™ Card. So it’s the number 1 choice for groceries!

You can also buy gift cards in your favourite grocery store for other stores like SAQ, Amazon, Ikea to earn 5 points per dollar! 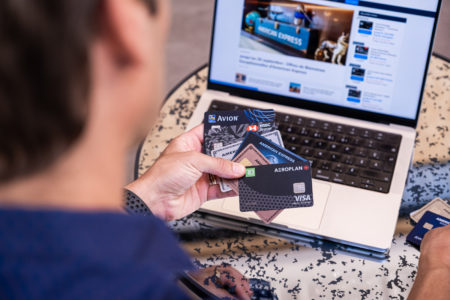 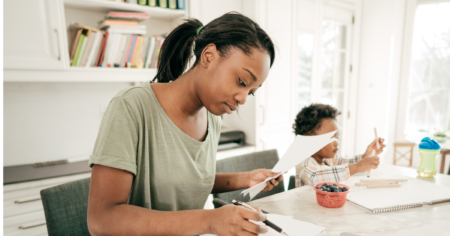 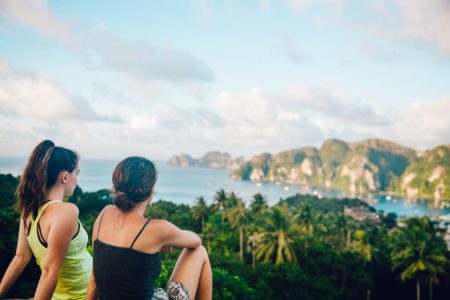