The first flight of our East-West crossing with Air Canada in a Boeing 787-9 with the bonus of the Air Canada lounge at the Montreal airport.

We arrived 1h30 before the departure. I used the services of the Uber app while Jean-Maximilien took the 747 shuttle. With the disruptions of the Turcot interchange and the landings, the journey to YUL is not the easiest…

We consult the table of the departures which confirms us that our flight is on time. I find these (no longer very) new tables are more pleasant to read than the old ones.

Few people at this hour, being already registered and without baggage in hold, we find ourselves on the side “airside” in some minutes.

We go then to the Maple Leaf Lounge of Air Canada on the international side since our plane is positioned at a door in the vicinity. The welcome is courteous and a Boeing 787 with the new colors awaits us at the entrance. 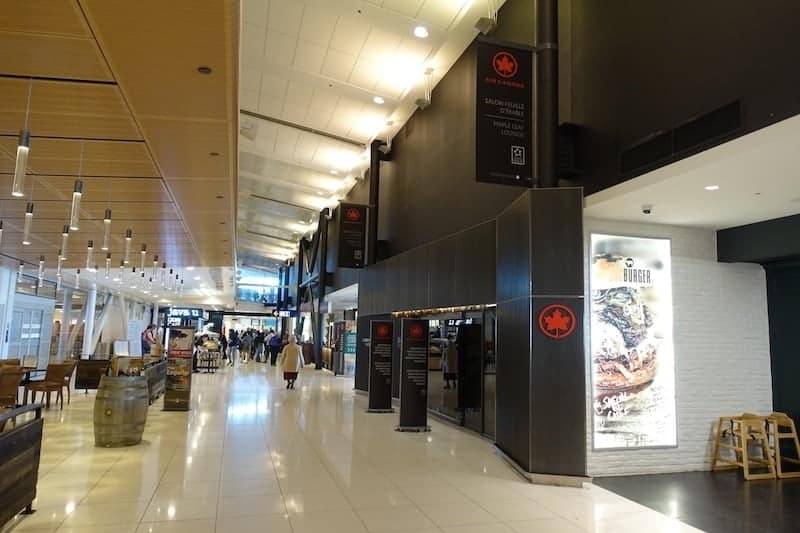 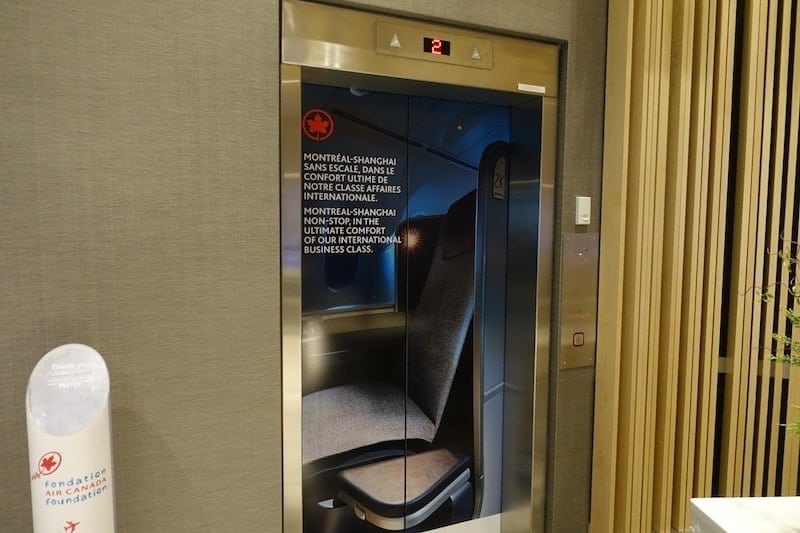 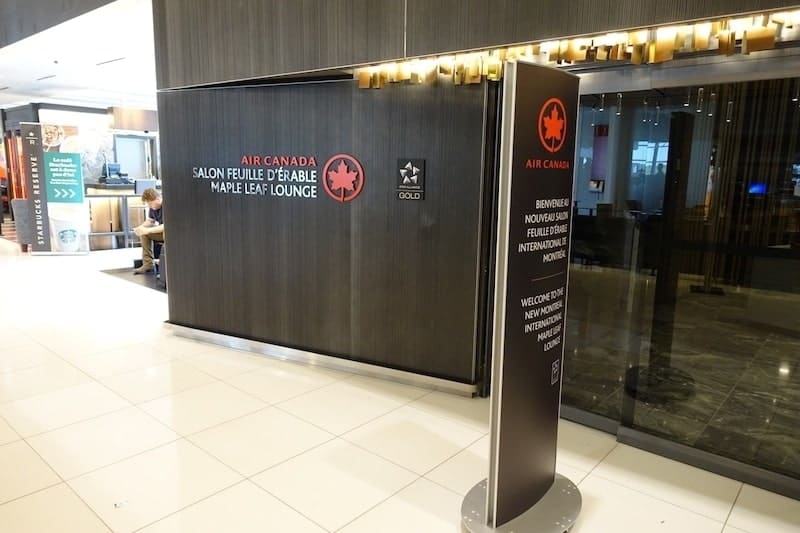 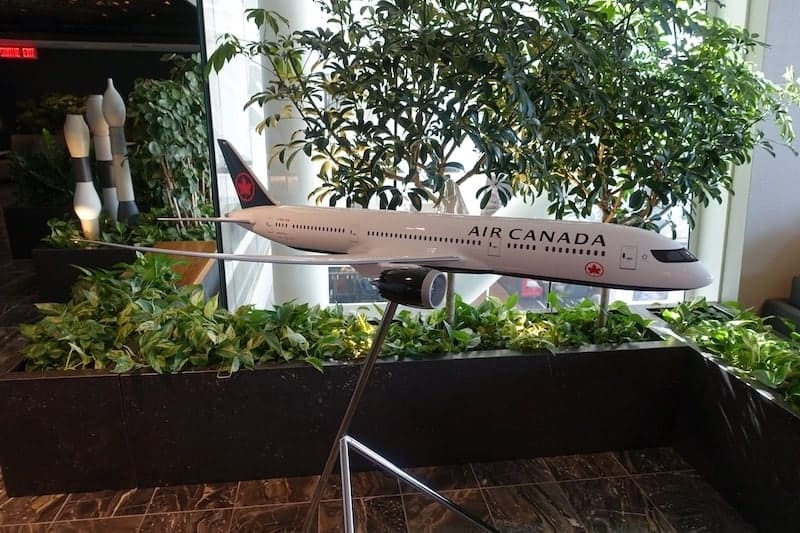 The lounge is composed of a catering part with a self-service buffet and a counter with a chef. The latter is not present at the time of our visit.

The buffet offer is decent without being extraordinary. It’s a shame, for example, not to include beers from Quebec micro-breweries and to limit ourselves to industrial brewers. But we are very far from the salons of our southern neighbors. 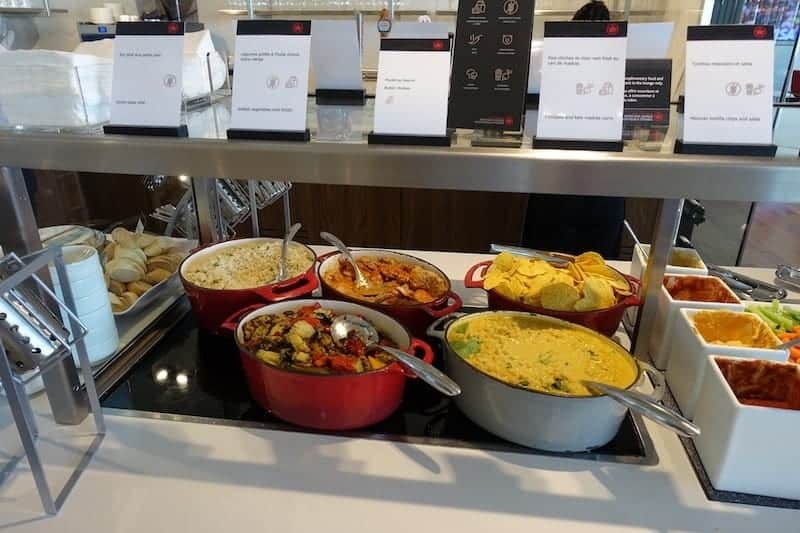 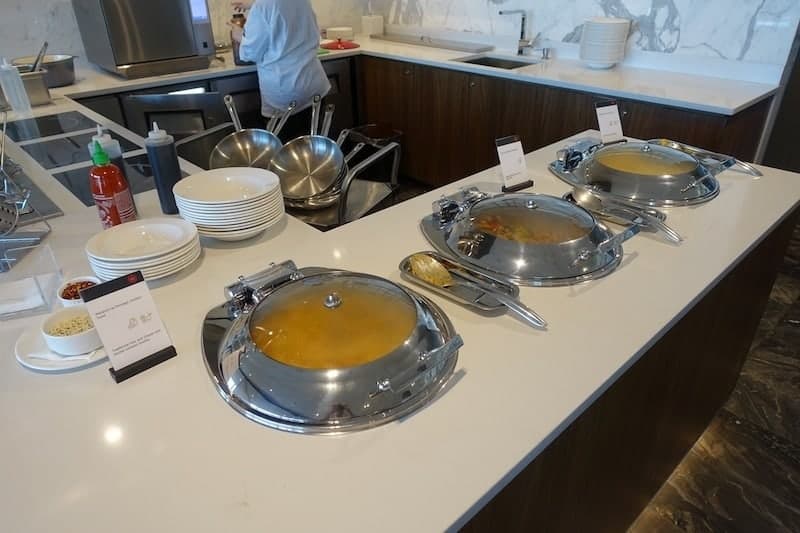 Behind the buffet is a bar where spirits are served.

One of the big advantages of this lounge is its brightness. The main hall is very large, with tables for eating.

Few pictures of the rest of the room because it was quite busy at that time but it remains a good spot for spotting. In addition, we have already done a detailed review here.

After a small beer to celebrate this “avgeek” weekend, it’s time to head for the boarding gate.

We arrive at the gate shortly before boarding. Our aircraft registration C-FRSE is brand new, coming out of Boeing’s factories in January 2017.

I’ll let you discover the seat we find on our flight to Vancouver. To summarize, this is a very good seat that allows access to the hallway at all times. There is plenty of storage but foot space is a bit limited.

The Dreamliner is known for its windows (or electrochromic windows) whose opacity can be adjusted manually and gradually. The mechanism is interesting and it’s nicer than the old porthole covers but there is a certain latency, especially when you want to “open” the porthole. 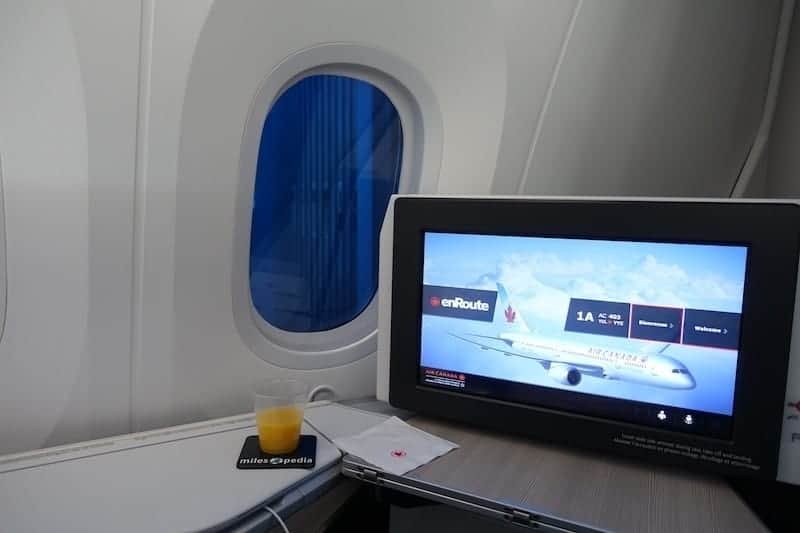 Take off with a nice flight over Montreal. 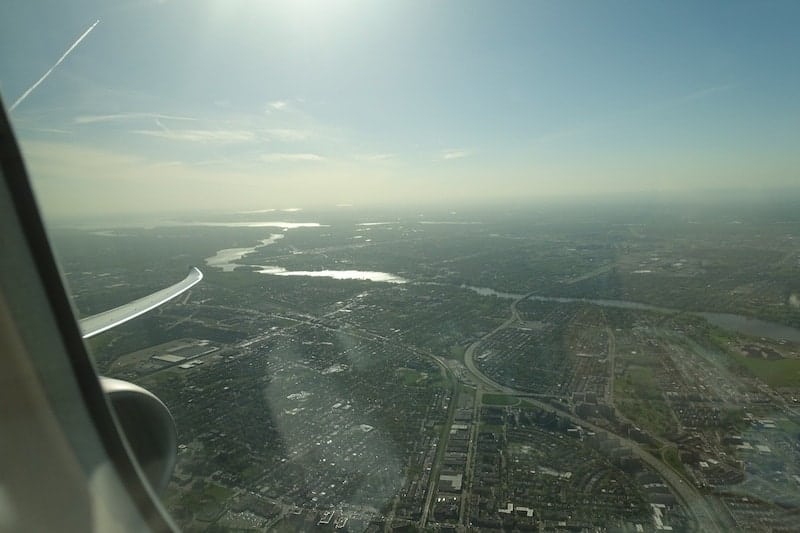 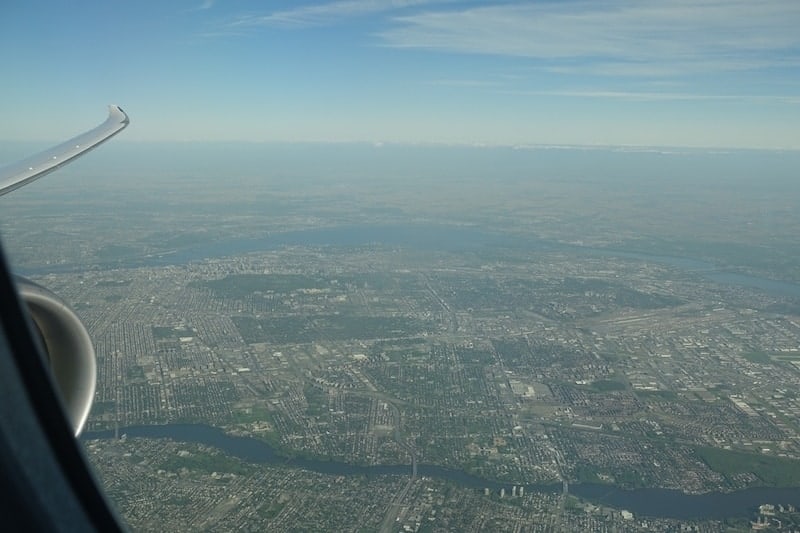 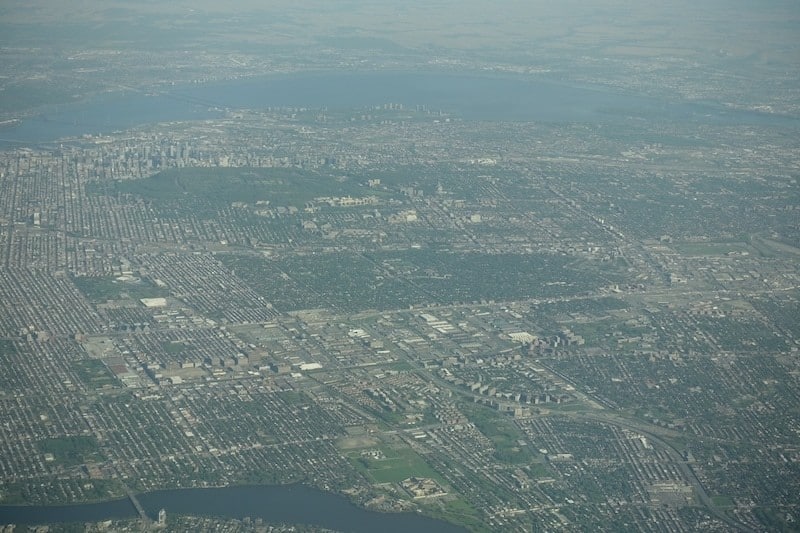 Shortly after takeoff, a snack is served for this short flight: tomatoes / mozza / red wine. 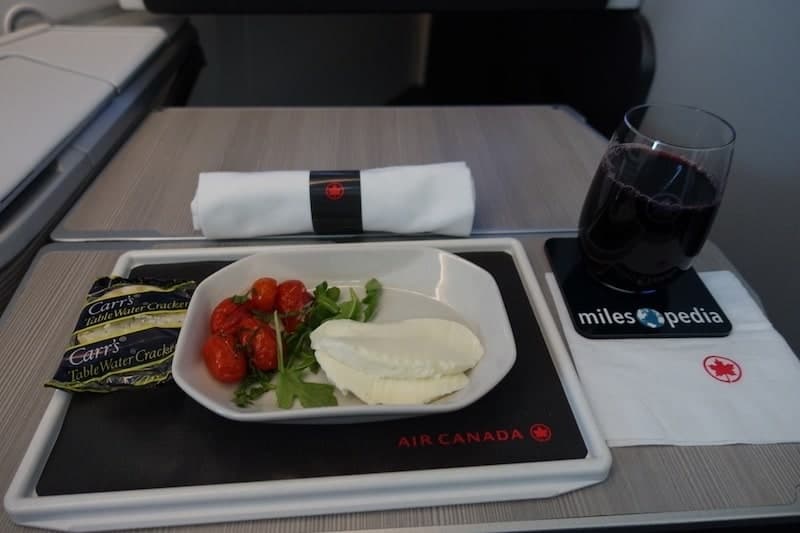 Here is a picture to compare the two windows “open” and “closed”.

The opacity is not total but sufficient.

We arrive very quickly at our destination and there also the overflight of Toronto is interesting, we guess well the other airport, Billy Bishop.

During the ride we can admire some beauties that we don’t see much in YUL. 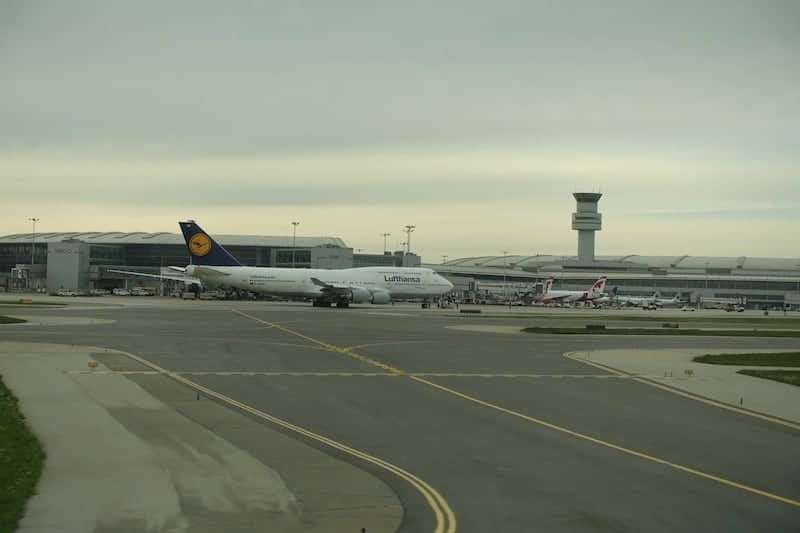 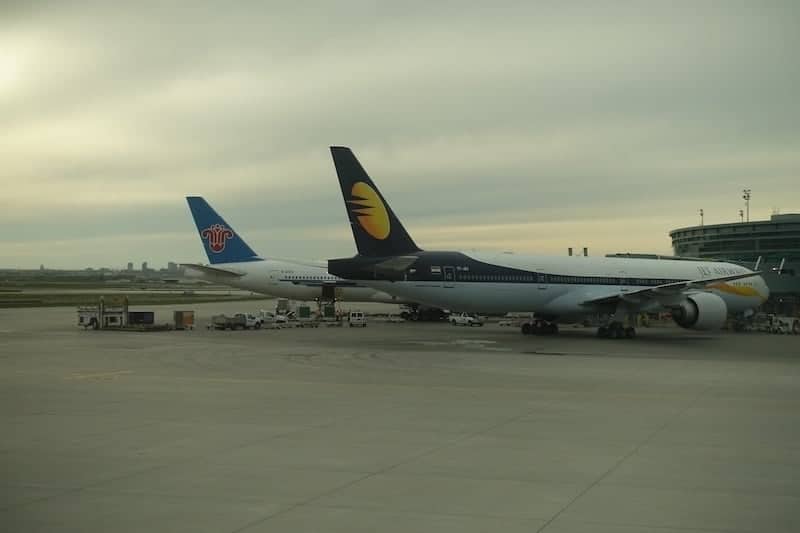 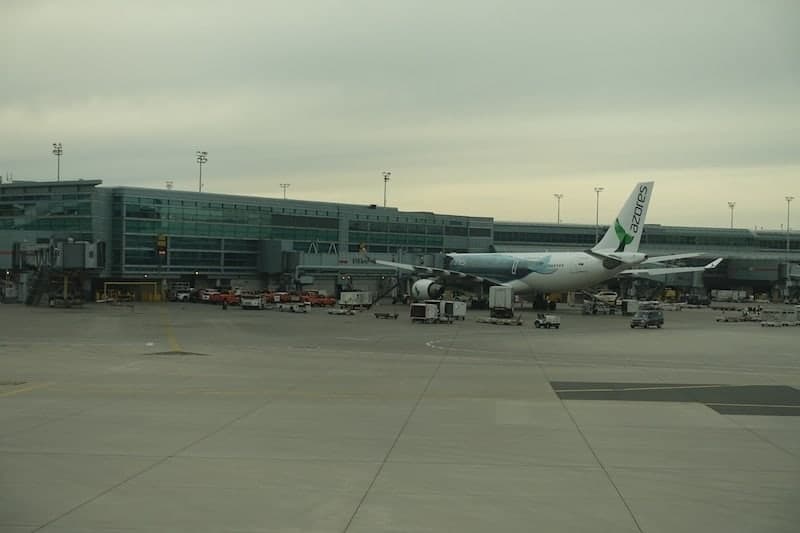 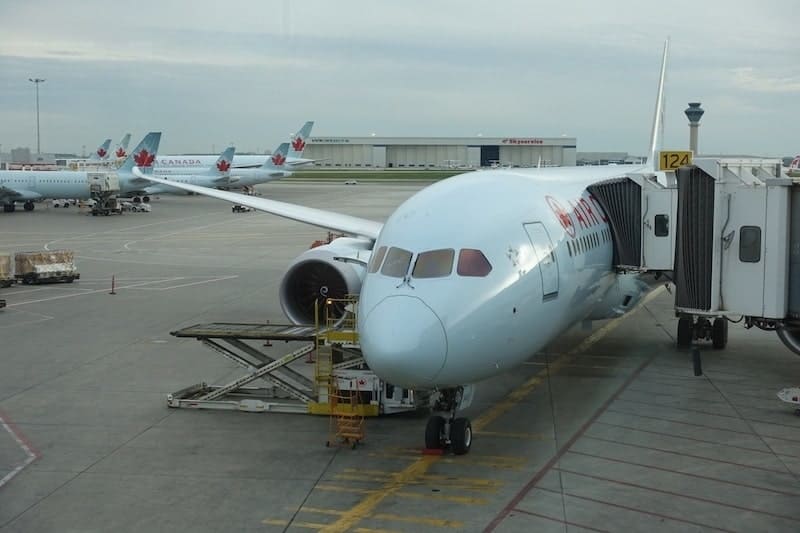 We go to the UP Express which allows to reach the city in 30 minutes. Strangely, the ATM doesn’t sell the “layover” ticket which allows you to have a round trip for 12$ instead of 24$ when you have to come back to Pearson less than 7 hours later. Which is our case because we are just going to have dinner in town.

For aviation enthusiasts like us, it’s always a pleasure to travel on a large aircraft like the Boeing 787-9, even if it’s only for an hour. The Business cabin does not disappoint and we can see ourselves spending a few hours in it, if only the company did not charge so many taxes on its award tickets…