After two days of eating ramen, ramen and more ramen we are about to make a quick trip to Seoul.

As on our arrival, we take the metro to the airport. Everything is well indicated, the subway is spacious enough to accommodate suitcases.

The station is located in the domestic flight terminal, you have to take a shuttle. This one, on the other hand, is operated by a small bus that fills up very quickly.

One of us could not check in via the mobile app of Asiana Airlines, so we make a quick passage by the counter reserved for the Business class where everything is settled in two minutes.

We then head to the “Fukuoka Lounge” which is operated by a third party for a group of airlines. This is not surprising as Fukuoka is a small international airport.

The living room looks relatively new and although it is “blind”, i.e. without windows to the outside, it has nice lighting. There are the basics: an office area, a lounge area with individual armchairs and tables.

The food and drink offer is more modest: coffee, beer and some snacks.

The hour has just embarked and we go towards the door which is in 2 minutes, the terminal not being very big. It’s really weird to have a big jet like the Boeing 777-200 for a flight of only one hour covering 564km. But we will not complain and say that we miss the CRJ-200!

There is the business class seat I took on my 2015 flight from Seoul to Los Angeles. I took a window seat for this very short flight. I’m not a fan of Asiana’s cabin colors but the other aspects of the seat are comfortable.

There is enough storage space, the power outlets are accessible.

For this flight of a few tens of minutes, we find a quite suitable offer.

Before take-off a glass of refreshment and the press are distributed.

We see a plane of Jeju Air, Jeju being an island very appreciated by the Koreans. The Seoul-Jeju route is one of the busiest in the world with more than 100 flights per day. 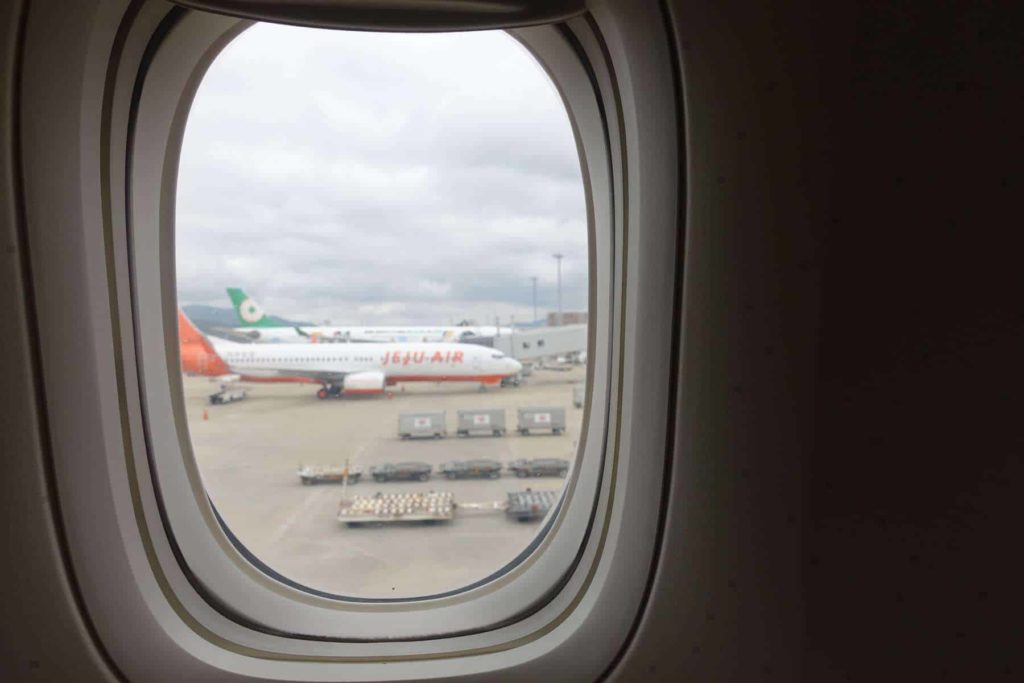 We take off quietly towards the North to go straight to Seoul after a short crossing of the strait between the China Sea and the Japan Sea.

The meal is served quickly, but always with a nice presentation. Accompanied by red wine, because why not? 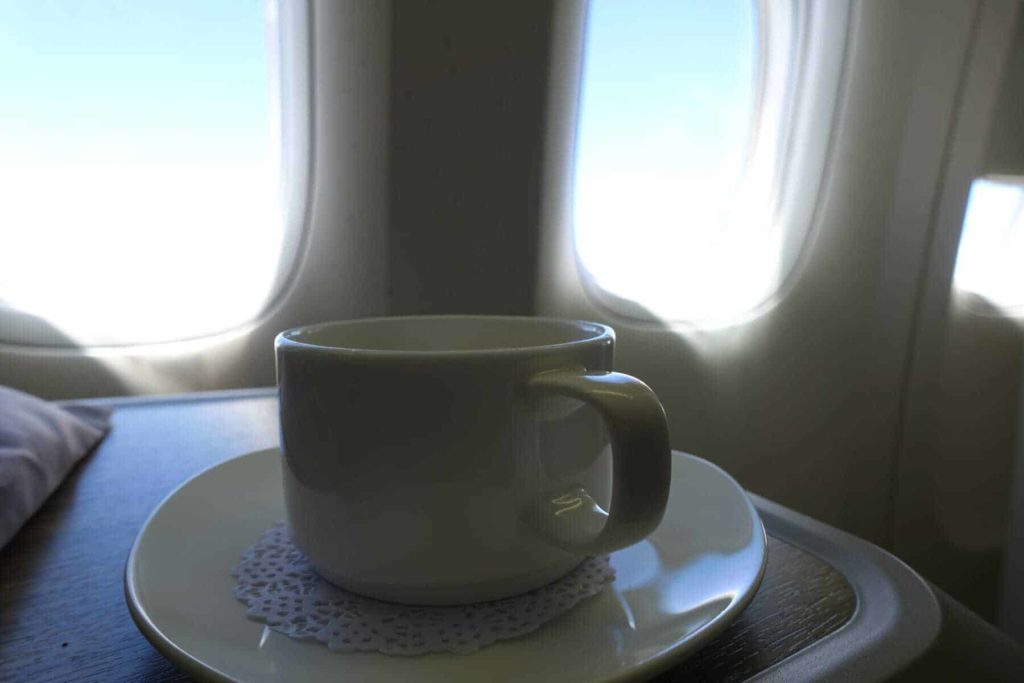 We can see the jump that the aircraft makes between the two airports. A flight time of 55 minutes, of which only 20 minutes are for cruising.

A small tour in the toilets which allows me to take a picture of the cabin. 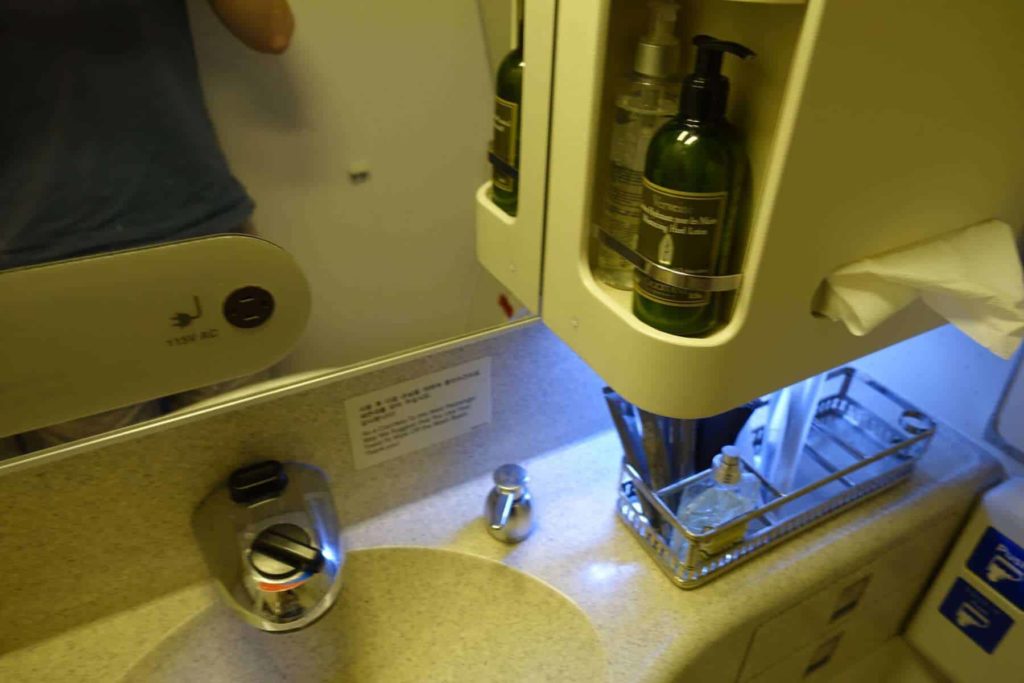 It’s time to go down to Incheon. We’ll see you soon for the flight back to Los Angeles.

Fast and efficient, it is a luxury to be able to fly on a 777 for such a short flight. It reminded me of the Boeing 787 Dreamliner flight we took with Jean-Maximilien last May from Montreal to Toronto. We would like to see more flights like this in North America!