Here is my experience on a direct long-haul flight from Shanghai (PVG) to Montreal (YUL) in business class on Air Canada, booked with Aeroplan miles.

Booking your flight with Aeroplan

I usually book the return trip individually. So, here is the fare paid, for 2 people, for our flight from Shanghai to Montreal:

How did I get these Aeroplan miles? Via subscriptions to various American Express Membership Rewards cards (with the exception of the Cobalt card). Earlier this year, the American Express Corporate Platinum Card offered 75,000 Membership Rewards points and cost only $399. So this business class ticket only cost me $399 + $280 = $679! A good deal, no?

For more information on the points & miles accumulation technique – especially effective in a couple – please check out this article!

Our flight was at 4:50 pm and we arrived at Pudong airport (PVG) around 2:00 pm (Pudong international airport is about 1 hour east of Shanghai). Despite our business class ticket, it took us about 90 minutes to check in and go through security. So we had only one hour left to stay in the lounge.

Air Canada flights depart from Terminal 2. Although we had access to the 71 Air China Business Class Lounge as a Star Alliance business class traveler, I wanted to visit a Priority Pass lounge to report on it for Milesopedia.

There are various credit cards that give you access to Priority Pass member airport lounges. Check out this article for more information.

As an American Express Platinum cardholder, I have unlimited annual access to all Priority Pass lounges worldwide, for myself and one guest, my spouse!

Note: Download the Priority Pass application to your smartphone. This will make it easier for you to find your way around the airport. Priority Pass can also be accessed on a desktop computer (convenient for viewing history or billing receipts).

I had done a little research on the Internet beforehand and based on the reviews I had read, my choice was the ”
77 China Eastern Plaza Premium Lounge

The advantage in Shanghai is that the name of the salons contains the door number! Simple, bright and easy to find.

The lounge is at gate 77 and our flight left from gate 79, so right next door.

The lounge is located on the airside, which is always nice.

It is relatively large and very airy. It offers many different places to sit (section with armchairs, section with sofas, section with chairs and tables, …). The Wi-Fi works very well and there are plenty of outlets to charge your devices.

As for the food offer, let’s just say that I was a little disappointed. The food is certainly correct but the choice is really limited. The same goes for alcohol.

We only spent one hour at the show, which is very short. Overall, it is correct. Very airy, plenty of seating space but limited food and beverage choices.

Boarding to Montreal on Air Canada

The Dreamliner is a modestly sized aircraft, equipped with business class, premium economy and economy class (no first class as on the entire Air Canada fleet).

It is a modern and up to date aircraft. Only the livery is “old generation”.

Flights on board have already been treated in Milesopedia :

Also, the new Air Canada business class was tested on board an Air Canada Boeing 777 between Paris and Montreal by Jean-Maximilien.

When I select our seats, I often consult the Seatguru website.

Personally, I like being on the left side of the aircraft because we usually get off faster and I can also watch the approach to the bridge when we get to the door.

I had selected seats 2A and 3A (all the seats were available at the time of my selection and I voluntarily avoided the 1A that Jean-Maximilien had chosen for his Paris-Montreal flight).

The space we are given really offers a lot of storage space, whether in the “armrest”, where we find the remote control for the touch screen as well as all the plugs, both for recharging and for the headphones…

… or at our feet, where we can easily place our shoes at the bottom and put our novel on the side (the girl on the train – funny paradox) if we ever feel like reading!

When you’re in a seat on the fuselage side (versus in the center of the aircraft), you feel a bit isolated and in your “bubble”, which is perfect.

Speaking of bubbles, there is always the traditional glass of champagne before the departure (the most observant will notice my passion for Hard Rock Cafés).

However, the seat controls are very rudimentary. The Boeing 737 MAX business class offers more options such as the ability to raise the foot support while seated or the lumbar area massage.

For take-off and landing we can only use button headsets (ours or those provided by Air Canada).

Once in flight, we will be able to use the quality headphones provided by Air Canada (3-way plug).

Air Canada also provides us with a personal kit.

Personally, besides the lip balm, there is nothing I use from these kits.

I have my own sleep mask!

Besides, one of the elements I particularly appreciate on this flight is the comforter. It is far more comfortable than traditional blankets. It is thick, large and soft. In fact, shortly after this flight, Air Canada announced its Signature service, and added a mattress topper to the seats to improve comfort while you sleep.

On the windows side, two special mentions (and this applies to the whole plane, so also in economy class). On the one hand they are larger (30% more than a traditional porthole). It is necessary to know that the window is a point of weakness in the fuselage which during its innumerable flights undergoes intense pressures. This is the main reason why the portholes were so small for a long time. However, the new planes, such as the Dreamliner and the A’350, have a carbon fuselage (and not aluminum), which is much more resistant, and therefore allows for larger windows.

On the other hand they have an electronic opacity control instead of a flap. This is the window that darkens in 5 levels of opacity. You might think that letting the light pass would be detrimental to sleep, but it’s not. It even offers the advantage of seeing outside and enjoying the horizon without disturbing others. It’s kind of like putting sunglasses on the plane!

The effect doesn’t look very good on the pictures but the real effect in the plane is really good.

The menu is very good on the flight. As for the alcoholic menu, it also offers a good selection. Here they are:

You’ll excuse me but I’m not much of a food photographer so unfortunately I don’t have any pictures of what I ate. Also, being lactose intolerant, I always have a “special” menu because I mention when booking my airline ticket that I want the lactose-free menu (an option that is almost always available on most flights).

In between meals, there are always snacks (chips, chocolate, fruit, …) available in 2 nice baskets. (You can see a little on the picture the real effect of the portholes at the maximum level of opacity).

An excellent direct flight on Air Canada in business class, one of the only ones to connect Asia to Montreal (there is onlyAir China between Beijing and Montreal – tested on milesopedia and the new flight between Tokyo and Montreal on Air Canada). If you wish to avoid Air Canada’s carrier surcharges, feel free to fly via Tokyo, Seoul or Hong Kong🙂

In conclusion, I could not close this report without a mini topo of Shanghai.

Shanghai, a city in effervescence

Shanghai is a bustling city with a population of 24,000,000 people (!!!) and a phenomenal rate of construction. It is impressive to compare ancient Shanghai with modern Shanghai.

Me in Shanghai Yuyuan Gardens ( XVIᵉ century) with Shanghai Tower in the background (632 meters, 128 floors, area of 420,000 square meters).

Here is the beautiful Shanghai Bay from the deck of our cruise ship with a view of the impressive towers (as well as the incessant river traffic).

Besides, it is interesting to visit the Shanghai Urban Planning Exhibition Center located next to the People’s Square. The museum presents a gigantic model of the city of Shanghai.

And of course, in my case, a mandatory stop at the Hard Rock Café.

On a personal note, I collect Hard Rock Café glasses because they have the city they come from written on them. Since there are Hard Rock Cafés (HRCs) almost everywhere in the world, this has become an additional excuse to travel. My Shanghai glass is my 58th. My goal is to have one from each of the 149 HRCs around the world! 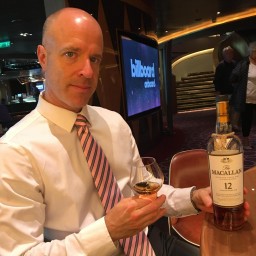 All posts by Jean-Francois