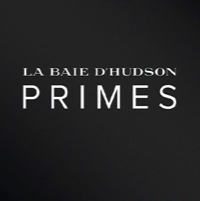 The loyalty program for the 89 The Bay stores in Canada is called Hudson’s Bay Rewards. It includes online shopping at labaie.com. Registration is free.

By subscribing to the newsletter, you will receive a $10 discount applicable on your next purchase.

Each dollar spent at The Bay earns one to two points depending on the member’s Rewards status. The status is defined by the amount spent annually.

The first 1,000 points are required to receive a $5 rebate on an in-store or online purchase. However, gift cards are excluded, unlike the previous program, which was revamped in 2020. And to keep your account active, you must make a transaction every 24 months.

Moreover, it is possible to :

You will also need to show a government-issued photo ID to access your points bank in-store. A PIN when shopping online will play this role in terms of security.

There are three statuses to the loyalty program.

Hudson’s Bay Rewards awards 1 point for every $1 in purchases. It represents the baseline level given to program membership.

Hudson’s Bay Rewards Plus awards 1.5 points per dollar spent on purchases over $400 in a year.

Hudson’s Bay VIP Rewards awards 2 points per dollar spent on purchases over $1200 in a year.

The last two statuses are acquired after at least two separate transactions/visits. This means that you would not be able to access VIP Rewards status after a single expenditure of $1,200 but at least after two purchases, such as $1,000 and $200. You will then be able to keep this status for the current year and the following calendar year. After that, you will have to reach the required spending amount again to obtain the level.

If you are a frequent user of the Bay’s retail store, keep in mind that points generated on purchases are doubled when paid with your credit card.

Finally, you should know that the credit card has no annual fee, offers a 15% discount on its first use, free shipping, and personalized promotions.

How do I register for the Hudson's Bay Reward Program?

Registration is online and free.

How many Hudson's Bay Rewards points do I get per dollar?

Each dollar spent is worth one point to the basic status holder. It is worth 1.5 and 2 points for the higher statuses that are Rewards Plus and VIP Rewards.