Skip to content
Support the Quebec breast cancer Foundation and Get $150 Cash Back!
More Info
To the point Here is my opinion on the slow travel trend, which I like to take part in when I travel with points!

I’m interested in this way of travelling because I believe I’ve been doing it for a long time. Even before the phenomenon had a name.

When I was 24, I cycled all the way to Texas. On a bike that weighed a lot. Barely 30 miles a day because I stopped a lot. To talk to some, to ask the advice of others. Even to spend time in a rocking chair with an old person on their balcony, on a side road in Georgia. I even think it was a dirt road. Let’s say a very minor road. I also got on a crab fisherman’s boat with my bike, that took me to Tangier Island.

No one would accept me into their bike club today. Left in September, arrived in December. Still, 3,000 miles. Pushed the bike six kilometers up the Blue Ridge Parkway and cried. But I saw a turtle cross the road. I met tobacco leaf pickers in Virginia and tomato pickers, who gave me some fruits. I enjoyed discovering the carnivorous plants along the roadside and the opossums walking at night.

It was a great trip before cycling became fashionable.

So I’m going to talk to you about this new trend that is slow travel. This expression is talked about extensively nowadays, and I think I know why. I’m just naturally slow 😉 However, I know that the “fast track” also exists, and that it pleases many people.

And why not? I’ll say it over and over again: the Milesopedians are a heterogeneous group.

What is slow travel?

Apparently, “slow travel” is inspired by the “slow food” movement started in Italy some thirty years ago by a food critic. This person, Carlo Petrini, outraged by the opening of a McDonald’s in Piazza di Spagna in Rome, wanted to ensure the survival of local gastronomy in the face of the fast-food culture that was taking hold. The movement subsequently spread internationally.

The main objective of the slow food‘ movement is laudable: it aims to reduce the gap between the food habits of wealthy people (good, authentic products) and those of small consumers (lower quality but inexpensive food). Wikipedia says so.

We agree that fast food is partly a response to this.

The phenomenon of “slow travel“, which has followed suit, is in contrast to the urgent need to consume at high speed, visits to well-known places where thousands of tourists congregate, often to the detriment of those who live there.

For example, the idyllic small village of Hallstat in Austria, with a population of 770, has been receiving more than 10,000 visitors a day since it was proclaimed “the most Instagrammable city in the world‘ in Asia.

To this was added the legend that it also served as inspiration for the imaginary town of Arendelle in Disney’s Frozen cartoon. That’s all it took for the premises to be overrun.

And examples abound. Does Venice mean anything to you? And climbing the Everest?

Slow travel is therefore moving away from mass tourism in favour of more local and intimate encounters and experiences, often off the beaten track.

It would encourage the discovery of the daily life of local residents and would leave a lot of room for “spur of the moment” ideas. Forget about tight routes. In addition, it would involve the least polluting means of transport possible.

But we agree that we must first get to the chosen destination. Well, yes, often by plane.

Is slow travel only for a minority?

The term “slow travel” is increasingly being used and is in line with emerging practices such as carbon footprint reduction gestures, mindfulness states and the travel experience. Slow travel would be accessible to all budgets and ages and would take place during both short trips and long stays. It even seems that the slow travel could be done for a few hours in one’s own backyard, when discovering new places. In the city, in the country, even in the suburbs.

Here I am at last, Boucherville in a rabaska!

That makes me feel a little better. The first articles I read on the subject had been written by “digital nomads” who had studied tourism or hotel management. Young, childless, I wondered how the rest of the plebeians who work in more traditional conditions could afford it.

Going to Bali for several months, swinging daily in a hammock, chatting with the lobster fisherman and sipping water from a coconut that you’ve picked yourself, who doesn’t dream of it?

But I understood that with slow travel, everything could become an experience.

Does that mean that if I go for a coffee in a new bistro, chat with my neighbor, I am living a slow travel experience?

Well, maybe, on a small scale. I actually remember living a nice little story in a café in the Villeray district that I was visiting for the first time. That of a girl who dropped the coffee she has just ordered at the counter and a barista who immediately makes her another, putting his hand on his heart to let her know that he is offering it to her. It was at Vito’s. Corner of Casgrain and Villeray. Tiny little human experience that warmed my soul. Who knows, maybe with Vito himself.

But since we are great collectors of points and miles and want to get out of our sandbox, can we and do we want to put this approach into practice? Do we need to slow down the tempo? Would we be disappointed if we did not go to the Vatican and go to Rome and wait in line? Or avoid the Ramblas in Barcelona? Or at Walt Disney World? What if we decided to live 30 km away from Rome, in an unknown town, and avoided the city of the seven hills. Could that be it? Do we want that?

I have friends who take courses on Russian history at their leisure. They decided to go check it out. With a small group and the teacher. Do you think they’re going to be content feeding pigeons on Red Square while watching the Soviets go to work? Well, no. They’ve got a whole program. The Kremlin, St. Basil’s Cathedral, Lenin’s Mausoleum, Gorki Park, St. Petersburg Museum and so on.

Slow travel is not for everyone.

Home exchange and pet sitting make this type of trip possible. An Airbnb and a little bit of Sonder too, in the shorter term. Rentals in the savannah, why not. We settle in and gravitate around it. On foot, by bike, by car, by tuk-tuk, by canoe. In this context, why not the Kremlin.

I particularly enjoyed picking citrus fruits in my California yard. 20 km from Los Angeles; Palos Verdes. Watching Italians gather in the public square at the end of the day: Orbetello in Tuscany, a small corner little known to tourists but frequented by Italians on holiday. Enjoying a “fish and chips” at the English village pub where this time I was taking care of plants and two cats. With kids running around. Because pubs, you know, are a great place for family hangouts over there. Did you know that? 30 minutes by train from London; Bishop Stratford.

Easy to promote slow travel for a girl who like me preferred the Sainte-Croix chapel in Corte, Corsica, where a cat, yes, had slipped into the half-open door to come and purr on her lap, to the genius of Gaudi and his Sagrada Familia. That’s just who I am. That’s easy for me to say as I enjoyed hearing the sound of chestnuts falling on the ground in a small village in France rather than a concert with a crowd. Ploc. Ploc.

I admit it; I went to see Celine. Yes, at the Bell Centre. Forget about the intimate experience here.

I wonder: for lovers of architecture, art, history and for those who appreciate the rumors of crowded cities whose towers are illuminated at night, are they interested in slow travel? Do they want to try it? For the great sportsmen of this world, is slow travel possible? And for the avgeeks of this world, could contemplating a tarmac become a slow travel experience?

I’m glad that my natural slowness here and elsewhere now has a nice name. I’m a slow traveller. I think, however, that beyond the rhythm that allows a certain flexibility, it is also a question of the way we look at events and encounters. A look that comes from within and does not cohabit with a to-do list. But don’t worry, I hear it won’t catch on everyone.

I also know that there’s a time for everything. That there’s not just one right answer in this universe of differences.

I’ll leave you with this thought anyway.

Can we as responsible travellers not contribute to the disenchantment of others when we arrive on their territory?

Can we both rejoice in each other’s presence?

Obviously, in view of the popularity of some places and activities on Instagram, swing builders in Bali, for example, are responding to the demand and producing new ones. However, it seems to me that the exchange could be richer and at the same time lucrative for them.

Because, after all, it seems to me that travelling is first and foremost an invitation to meet and share.

It was a reflection, dear Milesopedians. Please don’t throw tomatoes at me if you’re preparing to go see the cherry blossoms in Japan next spring.

Brigitte
Professional in health network. She spends several hours of her free time travelling around the world and moderating milesopedia's community. She is particularly interested in different types of accommodation. 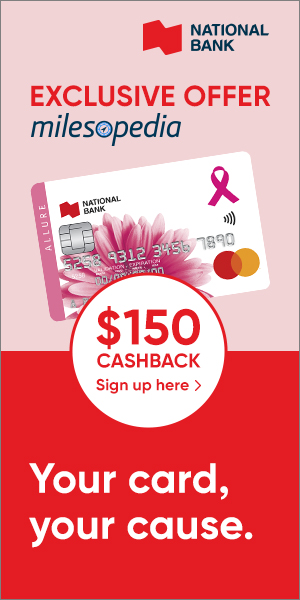 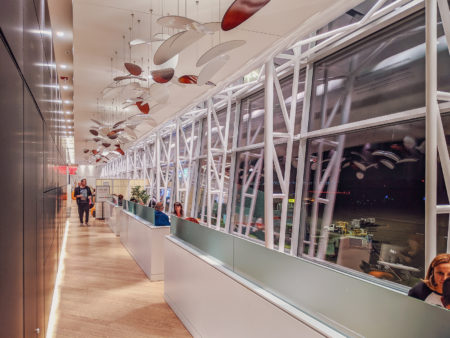 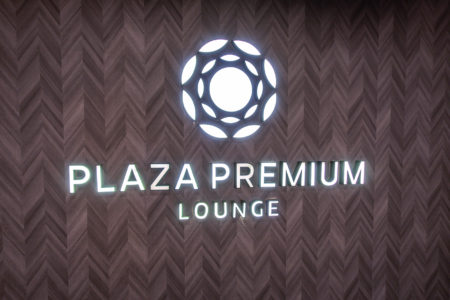 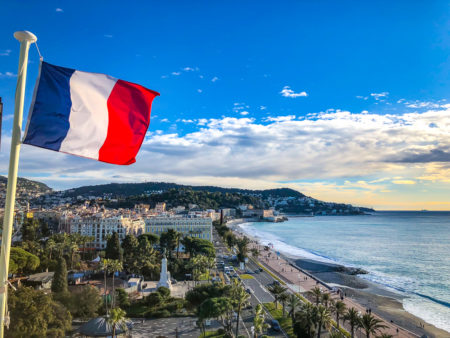 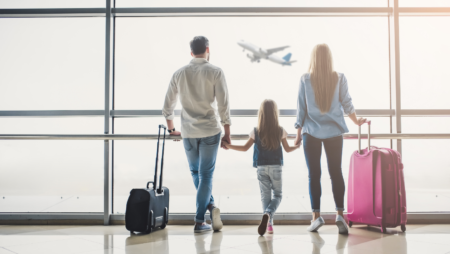