To mark its 70th anniversary in Canada, Air France organized a virtual event bringing together all the actors who contribute or have participated in its history.

A virtual event for its 70th anniversary

For its 70th anniversary in Canada, we had the pleasure of being invited to the virtual event of Air France.

It was an opportunity for the company to bring together all its customers, its sales network, its partners, its suppliers and all its employees to share the highlights of 70 years of history between Canada and Air France.

In 2019, 680 000 French people came to Canada for tourism, which made us the 4th country of visitors. On the other side, more than 1,2 million Canadians came to France. In Europe, France is the favorite destination of Québecois, but also the second favorite for English-speaking Canadians.

Air France is part of the large family of YUL and if today Montreal-Trudeau is the international hub it is, much of it is because of Air France (…) We share the same values and, above all, the same commitment to do everything we can to serve passengers well.

Air France made us relive historical moments during this friendly session thanks to its archival images and numerous anecdotes. It was an opportunity for the airline to also share messages from the General Management and videos of employees describing their business’s behind-the-scenes, the evolution of technologies and the fleet, and the team’s values.

Despite the circumstances, it mattered to us that we mark this milestone moment in our history and thank everyone who contributes, in their own way, to the history of Air France Canada. Being by our customers’ side, providing reassurance, and working with our trade network – this is what we do with passion and engagement at Air-France KLM, along with our sales colleagues at Delta, which has proven to be key in the current context.

At the end of the Second World War, in 1945, France wanted to strengthen diplomatic and economic relations with Canada, after appointing its first ambassador to Ottawa.

Air France’s presence in Canada dates back to October 2, 1950, when the Lockheed Constellation 749 touched down at Dorval airport after stopovers in Shannon and Gander. On October 5, the first cycle was completed with the first flight from Montreal to Paris.

Discover these 70 years in video:

To celebrate its 70-year alliance with Canada, Air France marked the arrival of AF 342 on October 2, 2020, with Montreal’s French delegation.

A Boeing 747 touched down on May 20, 1976, to inaugurate the first Paris-Toronto flight, a route which also included Los Angeles as a beyond for the first two years.

Direct flights to the Queen City were introduced in 1994.

Part of our history

For us, Air France is part of our family history. French-born, we arrived in Montreal with Air France in August 2011 to settle there.

We will remember this flight for a long time since it was also the first made in business class and this, with Flying Blue miles!

Even today, we appreciate the airline’s services and try to fly on it whenever we have the chance.

Here are two reviews we’ve made:

And if you want to see our experience aboard the Air France A350 on video, check out our Youtube channel!

Air France has continued to develop ever more efficient technologies for its teams and its customers. The service offer has never ceased to evolve and renew itself, and even more so with the current situation as we live. The airline’s ambition is to build on sustainable development in the future.

In 2019, we chose Toronto as the destination of the inaugural flight of our new long-haul aircraft, the Airbus A350. A high performing aircraft that meets our ambitions in terms of sustainable development, a major challenge in which the air industry and Air France have a decisive role to play.

In the past, nothing was more important than a boarding pass. Now, nothing easier in the digital age.

These days, the customer is in control of his journey, arriving at the airport having booked and paid his ticket and even having checked himself in. When he arrives at the airport, there is no need to go to a counter. We warmly greet and assist clients using tablets with many options for all types of customer assistance, whether at the self-serve check-in, bag drop kiosks or at the gate.

An interesting reminder also concerning the safety and constant improvement of the skills in this area with the maintenance of next-generation airliners:

Our top focus is ensuring safety and that planes are airworthy. We are entrusted with handing our crews an aircraft in perfect flying condition, while meeting the industry’s highest requirements.

AF Canada’s teams have participated in a common message about the unity and entrepreneurship that sustains them:

To Paris, Air France expects to maintain 10 flights per week in November and up to 17 in December from Canada. Boeing B787s and Airbus A350s will operate these flights:

KLM will resume flying out of Edmonton effective October 29 with ‘circular’ flights twice* a week. Outbound: Edmonton – Amsterdam direct. Inbound: Amsterdam – Calgary – Edmonton for a total 17 KLM weekly flights, to which will be added 2 all-cargo flights to Toronto.

To conclude, here are the Air France safety guidelines: Welcome aboard. Even though we know it by heart, we watch it every time from start to finish, so well scripted! 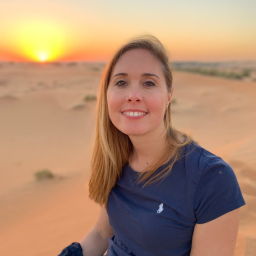 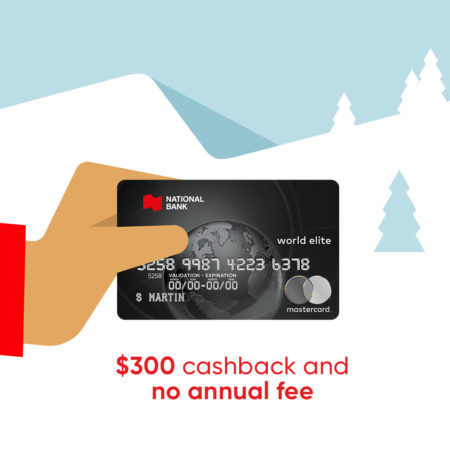 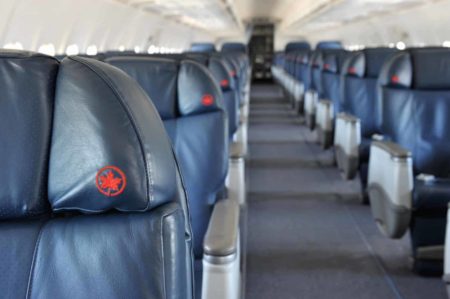 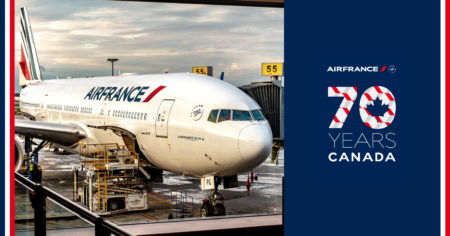 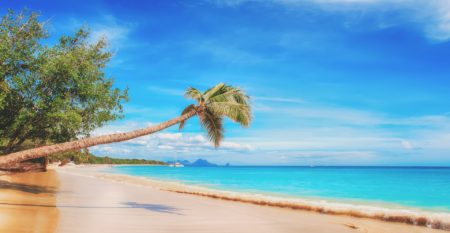 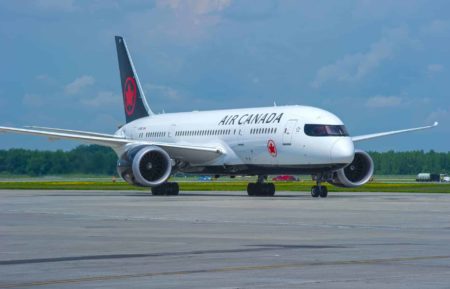